Elizabeth Mitchell – A woman before her time

Elizabeth Mitchell’s name lives on in the community woodland on the edge of Biggar that has been restored by the charity Biggar & District Community Heritage Limited.

When she was born, women had very limited horizons, even well-off women. They did not have the right to vote or to graduate from university, although they could take examinations. The only futures presented to them were that of a wife and mother, or to remain single and perhaps work as a governess or a teacher. Many returned to the family home to help mother in her household duties and to visit the poor. Miss Elizabeth’s life reflects the changes brought about in the twentieth century as a result of the two world wars, the rise of science and technology, the role of the suffragettes and the greater opportunities for women as the century progressed. Probably the most important change for her was the growing importance of town planning during her lifetime.

Miss Elizabeth grew up in Edinburgh, attended St George’s School for Girls (which was within walking distance of her home) Edinburgh University, and then Lady Margaret Hall at Oxford, the first women’s academic Hall (but not yet recognized as a College of the University). In many aspects of her life she followed her father, becoming a Liberal Party politician and a member of the United Presbyterian Church, which in 1905 joined with the Free Church to become the United Free Church. 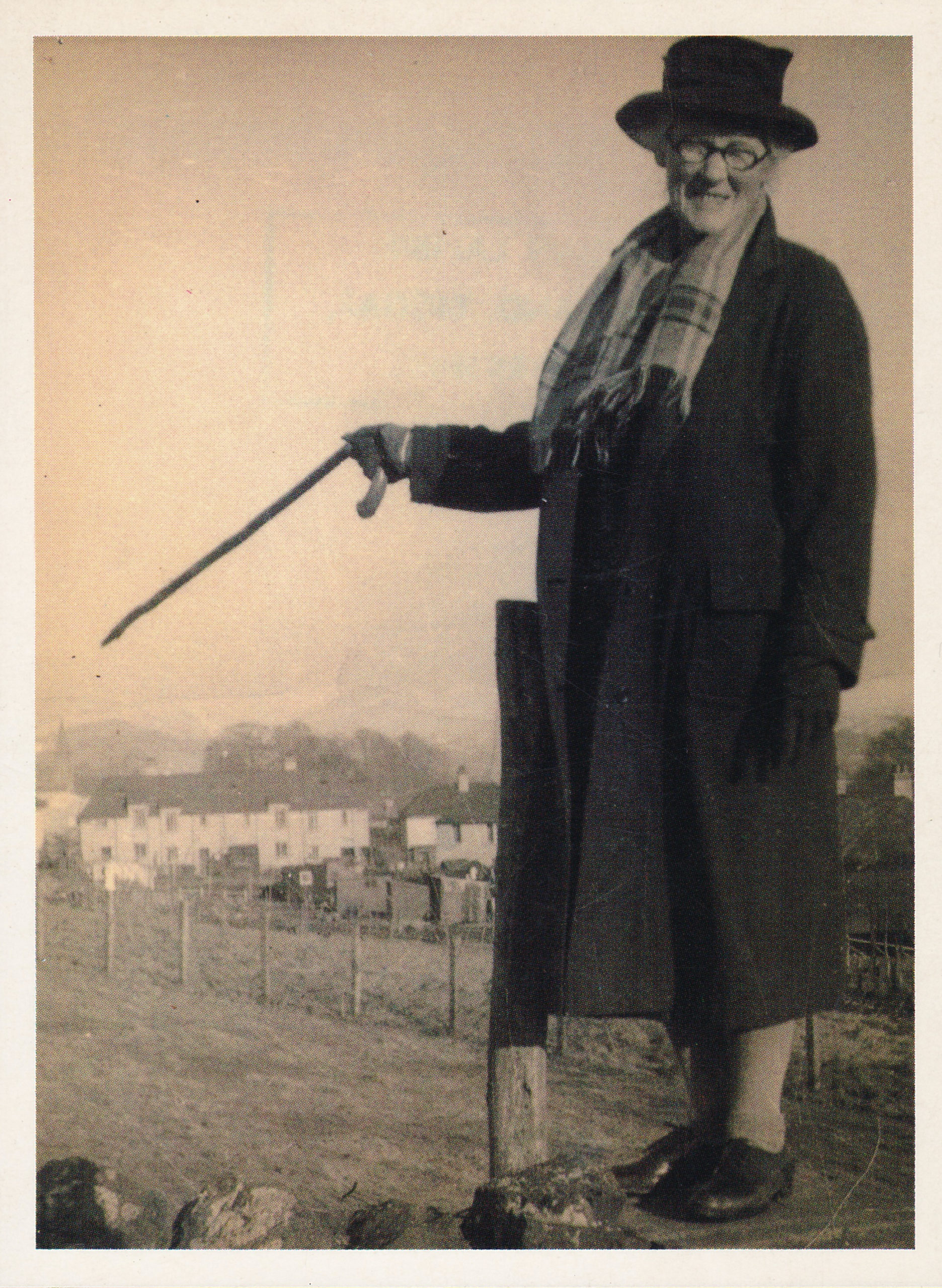 Whilst in Biggar, she attended the Moat Park Church which is now the Biggar Museum. After leaving Oxford in 1906, having been the first Scots girl to achieve a double first, she worked as a Classical Lecturer at Royal Holloway College in Egham, Surrey, and in 1909 she set up a school in Hampshire for young ladies, but it closed three years later.

Although Miss Elizabeth had been very aware of her surroundings in Edinburgh, she became very socially aware whilst at Oxford and the seeds were planted for her lifetime’s work. She visited the University settlements in Lambeth and Southwark as well as taking an interest in the work of the Rowntree Trust, Sir William Lever’s Port Sunlight venture and the Cadbury suburb of Bourneville in Birmingham; and also the development of the first garden city of Letchworh, started in 1903.

After a spell in teaching, Miss Elizabeth had the opportunity to witness the creation of a new town in Canada. She went to stay with her cousin in Battleford, Saskatchewan and closely identified the problems and the opportunities of living in a town which had only been started in 1906. On her return to Scotland in 1914 she wrote a serious study “West Canada before the War” which was well received but did not sell well due to the onset of the First World War. She received some criticism for being quite outspoken about the movement of farmers to the town, the dangers of slum development, the rise in immigration particularly from China and Japan and the growing division between town and country. She was enthusiastic about the women’s social clubs in Canada because there was nothing similar in Scotland at the time. The book itself sold well when it was reprinted some years later.

On her return from Canada, like her contemporaries with a private income, she was able to turn to voluntary work to help in the war effort. From that time onward she concerned herself with the wellbeing of the community. There was, in 1917 the setting up of the Women’s Agricultural Committee to try to bring women to the countryside to work on farms – foreshadowing the Women’s Land Army in the Second World War. Then there was the Women’s Rural Institutes, just started in England, and following on from the Rural Clubs in Canada, which had impressed Miss Elizabeth during her visit there and which she advocated for Scotland. Her work with the Committee supported a variety of activities in the countryside – WRIs, Co-operative Societies, Church Guilds, Music Festivals and Drama Societies – all of which gave countrywomen the opportunity to socialize and have a better quality of life.

From 1919 to 1929 Miss Elizabeth served on the Lanarkshire Education Authority as an elected member, which involved the taking over of 30 odd parish school boards, and (what pleased her greatly), the building of a Technical School in Coatbridge. In 1924 and 1929 she stood as a Liberal Candidate. It was a bad time for the Liberals in 1929 when she stood against the formidable and soon to be famous Jennie Lee, and lost her deposit. Again, following in her father’s footsteps she became a JP in 1925. From 1935-53 she was a member of Biggar Town Council and in 1947 she was appointed Convener of the Housing Committee.

The Town and Country Planning Act, 1932 was followed in 1937, on the initiative of Gilbert McAllister, the Secretary of the Garden City and Town Planning Association, with the formation of a Scottish Branch in Glasgow. Although very influential in the creation of the postwar New Towns it was an amazingly amateur organization. It had no permanent office, meetings were held in member’s offices, the officers kept their own files; Miss Elizabeth answered all correspondence from her own home. The Scottish Notes were written by Miss Elizabeth and sent direct to London, as was the Scottish Report for the Annual Report. In 1938 she participated in the organization of a trip for 20 Glasgow Town Councillors to visit Letchworh and Welwyn and covered the cost of the transport herself.

During the war a great programme of reconstruction was promised for the end of hostilities, partly as a morale-booster for the troops who had suffered so badly at the end of the First World War. Town and Country Planning took a lead role in planning for the future. In 1943, Tom Johnston, the Scottish Secretary in the Churchill Coalition Government, persuaded the local authorities around Glasgow to sink their differences and work together as the Clyde Valley Regional Planning Advisory Committee. Outcomes included the proposal of 4 new towns and that Glasgow be surrounded by a Green Belt. After overcoming objections from Glasgow, in 1947 a Development Corporation of eight people was set up to create the New Town of East Kilbride. Miss Elizabeth, although 67 at the time, was nominated as “the woman” on the Corporation. She had the time of her life fulfilling the ideas that had developed and matured over fifty years.

In 1916 her father died – the family had moved to Stirling in 1906 when her father had been appointed Sheriff Substitute of Stirling – and the family split. Her oldest sister stayed at the family house in Stirling, Miss Elizabeth, her mother and two younger sisters moved to their property in Biggar. Langlees had been bought by Grandfather Mitchell in 1863 on the advice of his younger brother, William, who lived at Carwood, north of Biggar.

The land around Biggar had been owned by the Flemings of Boghall Castle for centuries – they had come over with William the Conqueror. In 1451, the King realized that the Flemings had suffered a grave injustice when Malcolm Fleming had been wrongfully executed some years earlier. In compensation, the King created Biggar a Burgh of Barony. Mary Fleming, cousin and playmate to Mary, Queen of Scots, was one of the “Four Maries”. In 1563 Mary Fleming was Queen for a Day at an Epiphany celebration and this is still celebrated in Biggar. Miss Elizabeth crowned the Fleming Queen in 1930.

In 1747 the last Fleming died and Lord Elphinstone inherited the land. In this period the land around Biggar was reclaimed with the building of stone dykes and the planting of trees. The Town of Biggar grew from 1,098 in 1760 to 2,049 in 1851. Biggar grew in prosperity with a number of banks opening, a number of fairs being held each year, (as they continued the tradition from the time of the granting of burgh status in 1451); the establishment of the gasworks, the replacement of the rat-infested Meal House with the Corn Exchange. But most of all, Biggar’s prosperity was enhanced by the coming of the railway. Lord Elphinstone had sold off parcels of land and large houses became a feature of the land around Biggar – Langlees was built in 1890 by the famous architect George Washington-Browne for Andrew Mitchell on the estate bought by her grandfather many years earlier.

Miss Elizabeth remained in Biggar until 1964 when she moved to the house in Stirling that had been occupied by her sister until her death. Her two remaining sisters moved to a bungalow in Biggar and Langlees was sold to Lord Clydesmuir.

During her long stay in Biggar, Miss Elizabeth developed the edge of her estate which was adjacent to the Town, next to the Knock housing estate, into a little woodland. With her knowledge of the development of garden cities in England, she believed that open spaces, parks and woodlands should be planted where people worked and lived for a happier, healthier lifestyle. She carried this policy through in the development of East Kilbride in the 1940s and 50s.

After her death, what we now know as “Little Mitchellwood” had fallen into a state of great neglect. In 2004, the present Lord Clydesmuir granted a 50 year lease for Little Mitchellwood to the newly formed charity Biggar & District Community Heritage Limited. In the past year volunteers have developed plans and worked on the conservation of the woodland as an asset for the Community, to be enjoyed by all. The woodland will be officially opened to the public at the end of August 2006. I think Miss Elizabeth would have appreciated the work done in her name.

We hope you will enjoy your visit to Little Mitchellwood and will think of the lady whose vision made it all possible. There is more information about Miss Mitchell lodged in the Biggar Museum at Moat Park.

We would like to acknowledge the help and advice offered by Biggar Museums and Mr Brian Lambie.